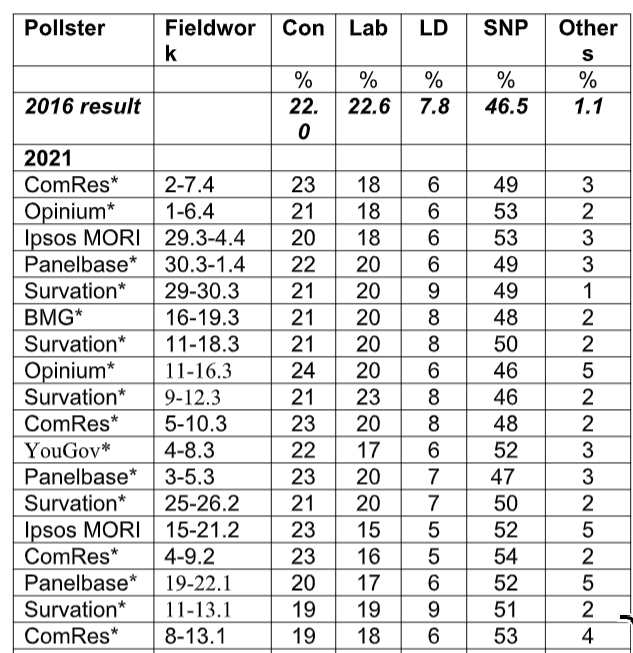 Thanks to David Cowling for the latest tables.