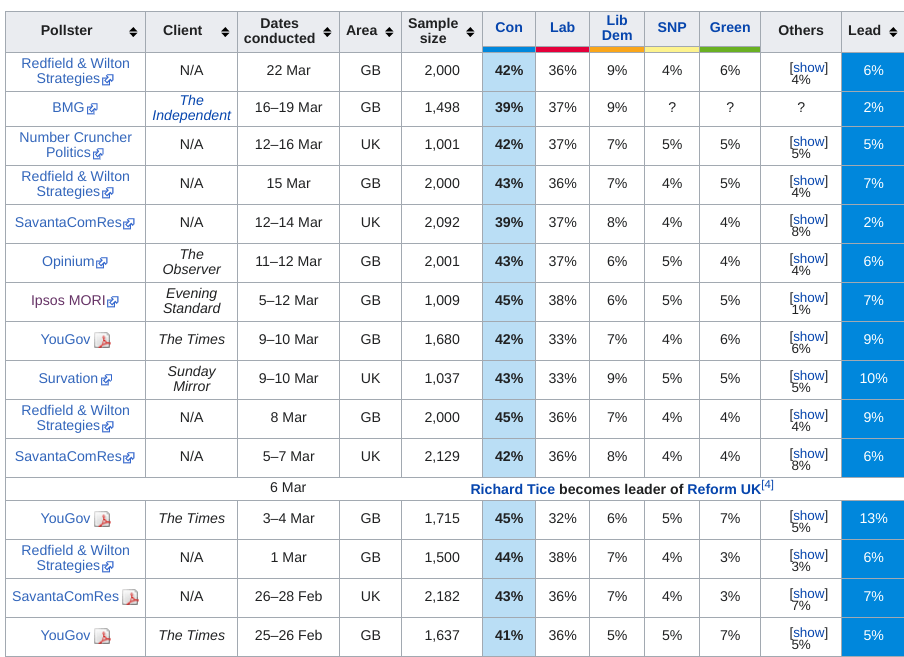 Having hit the extraordinary polling margin on 13% at the start of the month the latest polls in the Wikipedia table the most recent published surveys have gaps nowhere nearly as large. In fact as can be seen two of the latest five surveys have it at just 2%.