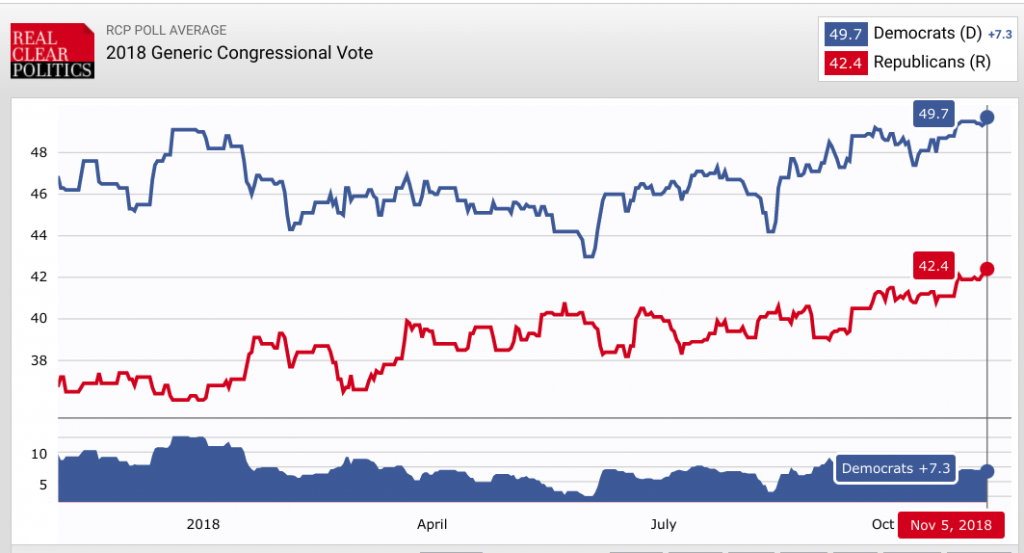 Polling for Trump v Biden is following almost exactly the same pattern as for the 2018 Midterms – politicalbetting.com

One of the striking features of the pattern of current Trump v Biden polling is how much it looks like the main polling for the Midterms in 2018. Just like that for the White House race now the Democratic lead in generic congressional polling followed a pretty contant 7-8% in the polling averages. As it turned out the 2018 surveys undershot the Dem final total by more than one point.