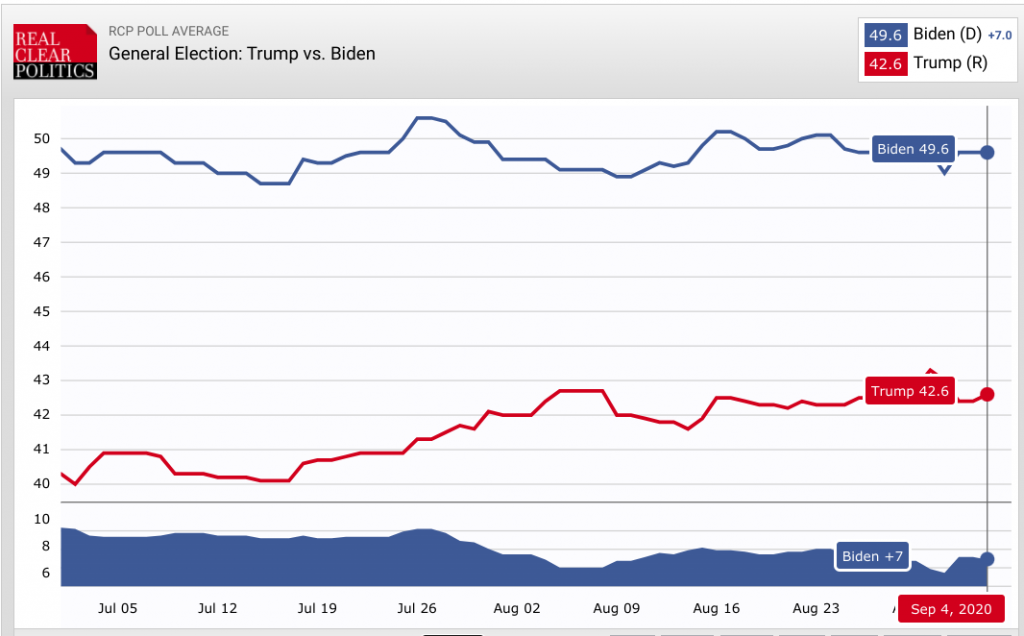 The latest WH2020 average from RealClearPolitics is above and shows it getting back to what it was before the Republican convention. According to the latest RCP calculation Trump is 7% behind nationally.