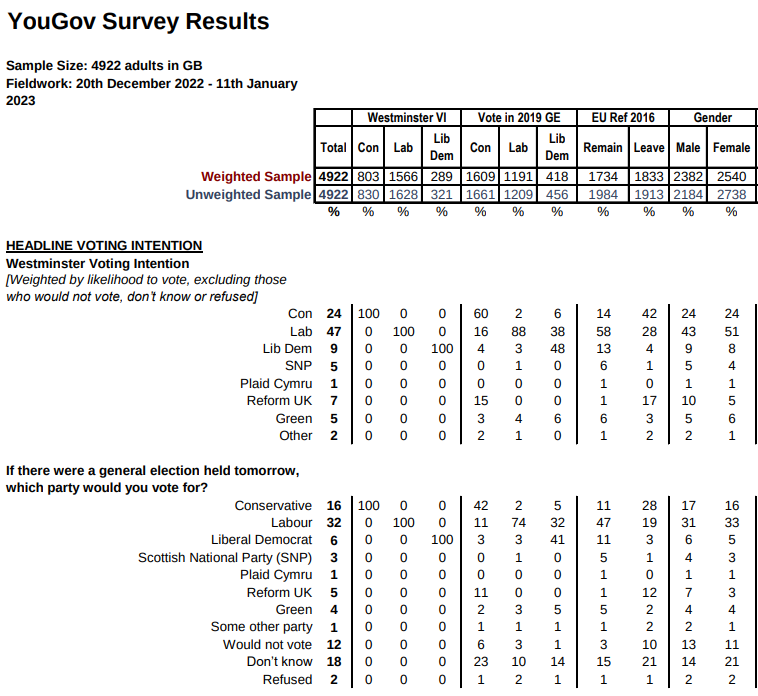 Of all the online posters nowadays one firm that stands out and that is YouGov which is effectively the pollster that invented it. One result is that their polling panel is larger than just about anybody else’s with very good records on what members of the panel said they did at previous general elections.