The betting money goes on Biden to be re-elected – politicalbetting.com 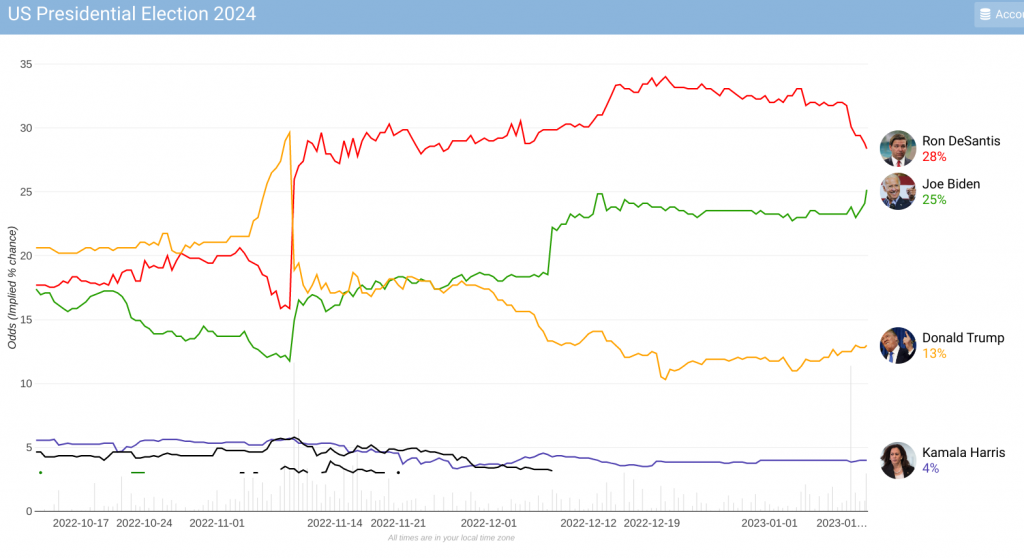 The betting money goes on Biden to be re-elected – politicalbetting.com

We have not shown this charm for a few weeks but it represents what is going on and what will be the biggest market of all in the next couple of years. The big mover upwards is 80 year old Biden while Florida governor DeSantis is on the decline.