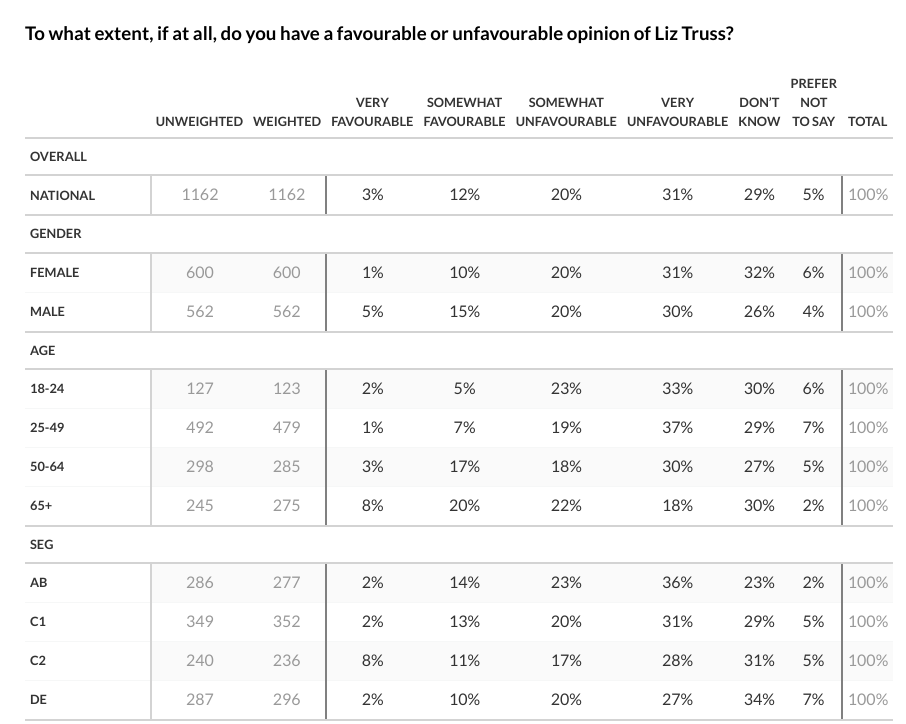 The above from People Polling for GB News is the first leader rating data we have since she was elected and as can be seen just 15% view her favourably. That compares with a whopping 51% saying unfavourable.