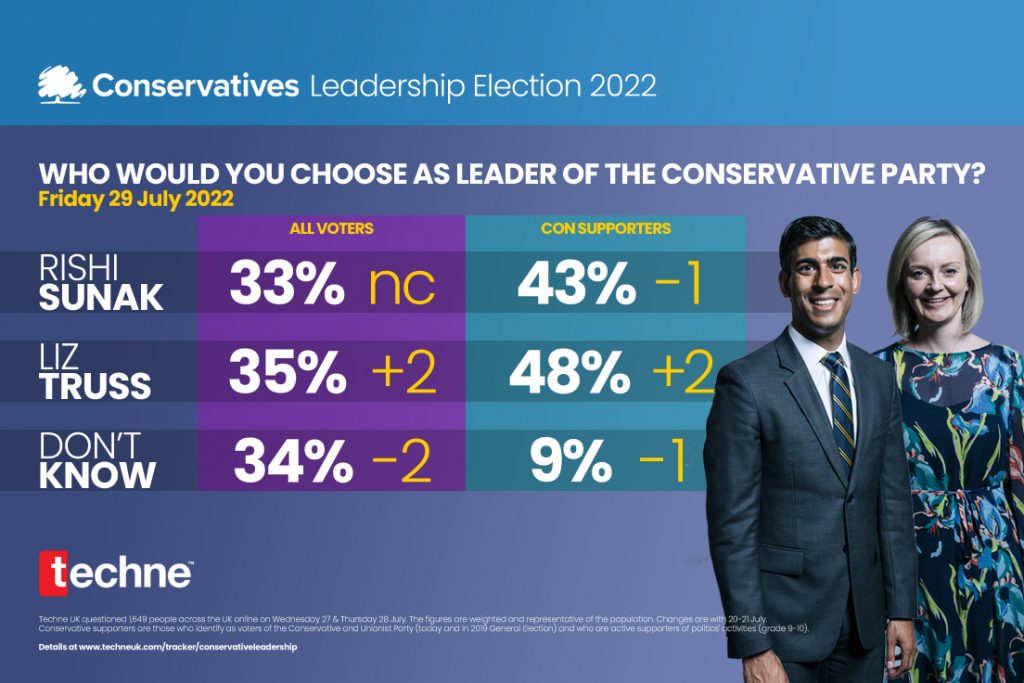 The big challenges for Truss now are how she deals with Johnson and Sunak. She cannot allow it to appear that the outgoing PM is still playing an active role as no doubt he will attempt to do.