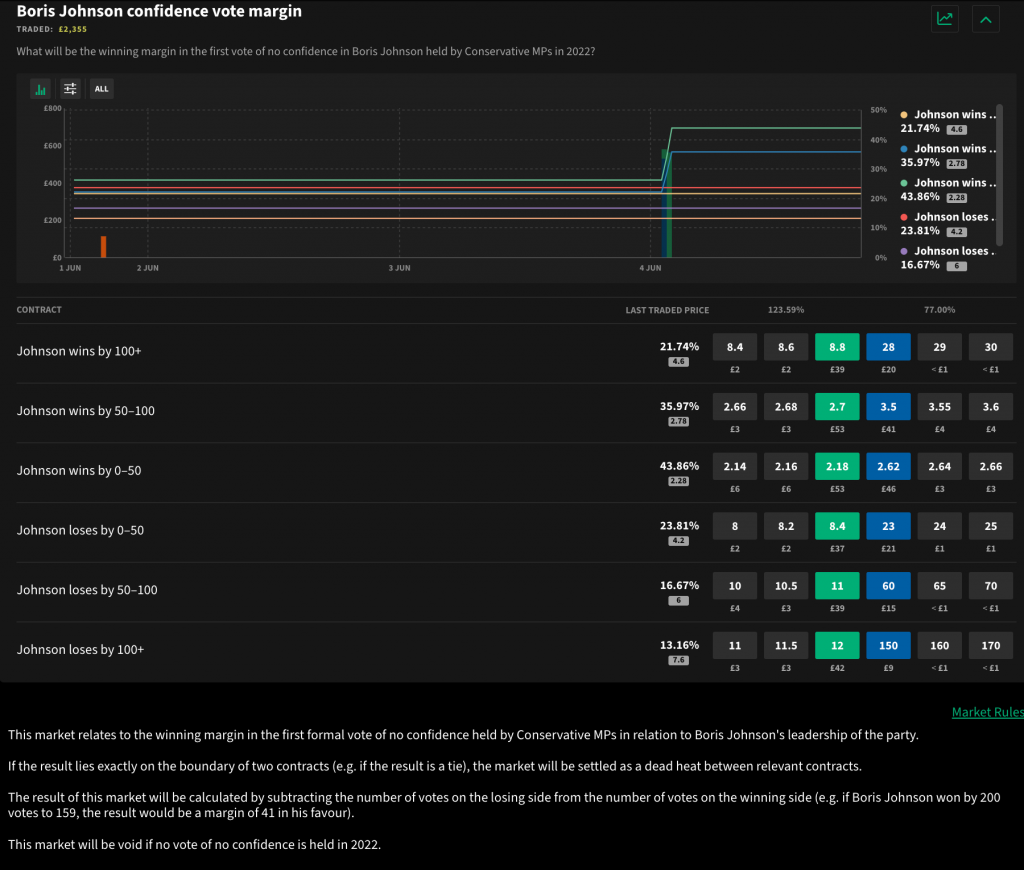 I like this market from Smarkets as most of the markets on the confidence vote are if/when it takes place or on the binary outcome of the vote but this on the vote margin.