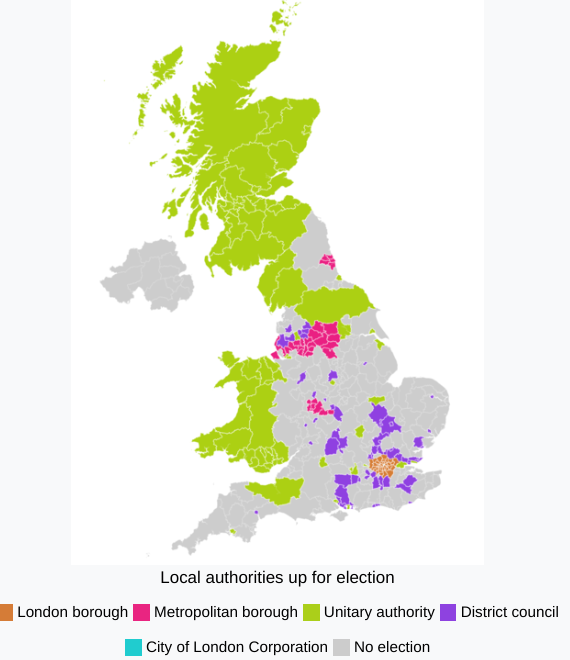 Last night Smarkets held an event to look at next week’s local elections. The areas that are having them are in colour in the Wikipedia map above. I found it a weird experience because where I live like in most parts of England there are not elections next week and it is harder to share the excitement.