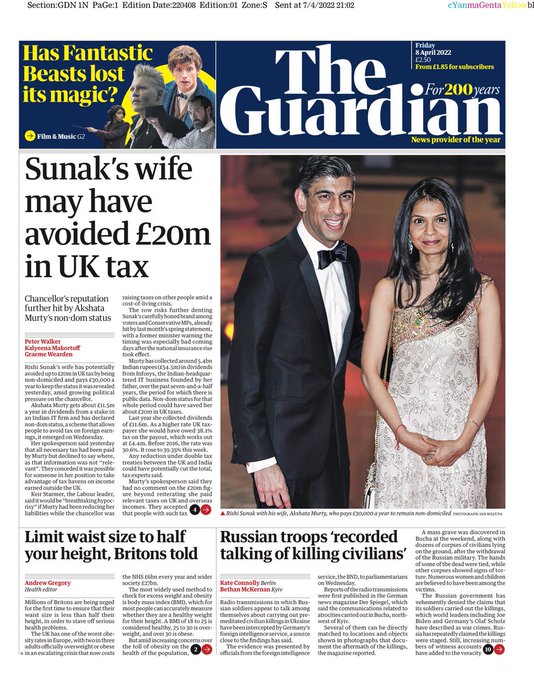 As far as what used to be called the broad sheets are concerned there is no doubt what the main story of the day – the tax status of the wife of Chancellor Sunak.