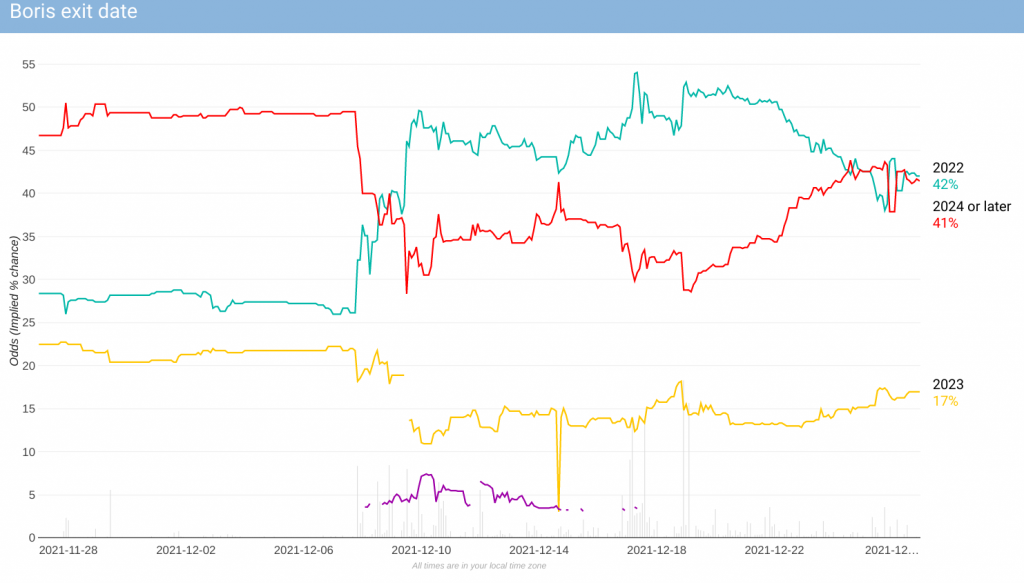 As we move on from the holiday season the big political betting market is on when Johnson will no longer by PM. This goes up and down depending on the latest developments and all eyes will be on the PM as politics returns to normal after the holiday break.