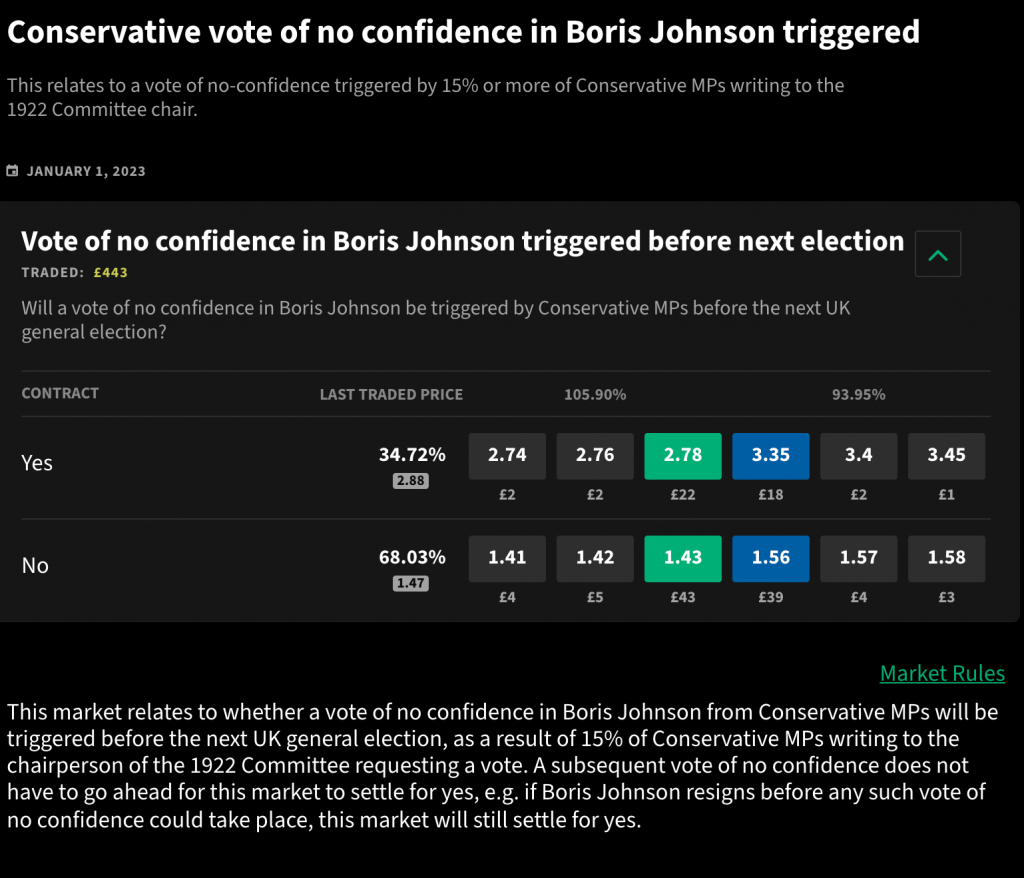 I like this market from Smarkets because it allows you to bet on Boris Johnson’s future without getting dragged into the Boris Johnson exit markets where predicting the year of his exit which can be fraught with difficulties. This market is a simple will enough Conservative MPs write a letter to Sir Graham Brady to trigger a vote of no confidence in Boris Johnson before the next general election.