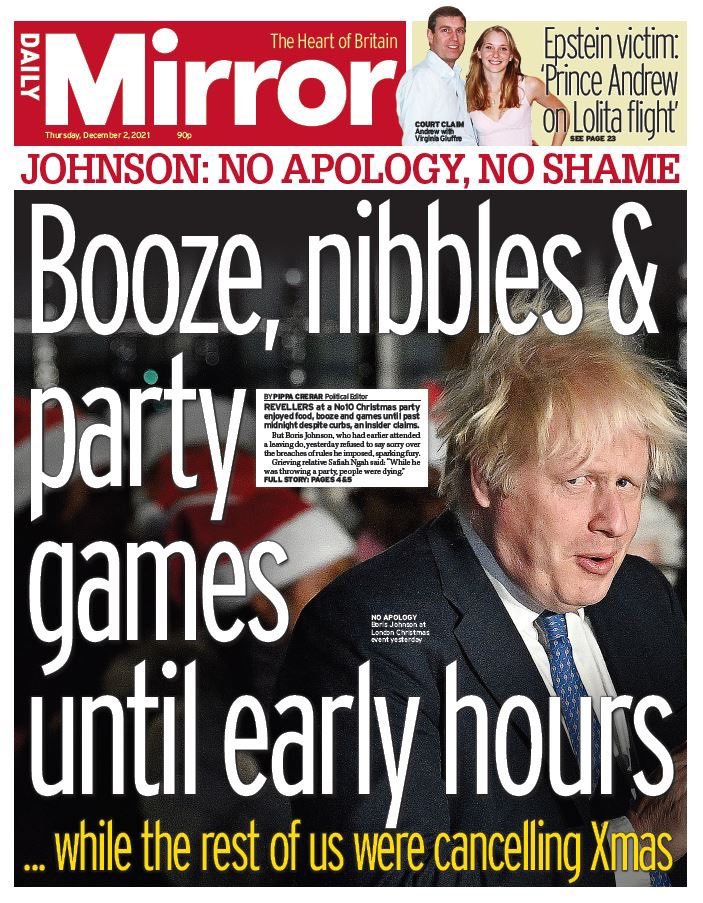 The panto season appears to have started early this year. Appropriately enough it relates to a Xmas party which happened at 10, Downing Street around this time last year. Oh, yes it did! Oh, no it didn’t! say others – mostly unmemorable junior Ministers. And even if it did no rules were broken. A big fuss about nothing, yet others will say. Hmmm ….. those who were fined for breaking the Covid rules might disagree. The hospitality venues who lost business last year might also have some thoughts on the matter. Now, in an exciting new twist, the Met Chief and Justice Minister (Dick and Dom) have decided to join in the fun. Asked why the police are not investigating a possible breach of the Covid regulations, Cressida Dick has said that the police do not investigate “retrospective breaches” of the law. Well, that’s the end of the criminal justice system then. And, indeed, of the need for any police forces. What on earth does she think a crime is if not a “retrospective breach“. Perhaps poor Cressida – overwhelmed by all the scandals which have occurred on her watch (the latest being the Met’s policing failures at the Euros 2020 Wembley match) – has given up on any attempt at improving her force’s behaviour and has decided that removing its very purpose for existence is the only way to go. That way the police can never fail. Hooray! All those unemployed policemen can become HGV drivers. So there is that. Prince Charles will be relieved: no need for any unpleasant conversations about Royals trading their status and ability to confer honours for cash. Andrew too will be wondering whether this exciting new concept of not investigating “retrospective breaches” could be exported pronto across the Atlantic.