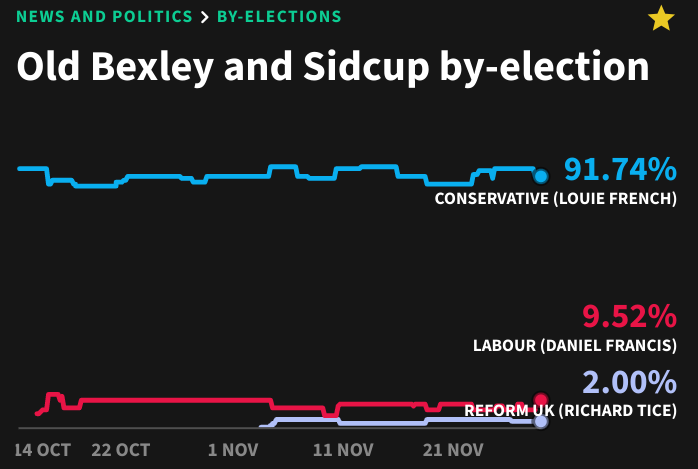 The message from the betting markets is that punters are staying with the Tories to hold onto Old Bexley and Sidcup in the first of the party’s two December by-election defences.