Climate change: The huge opinion gap in the US – politicalbetting.com 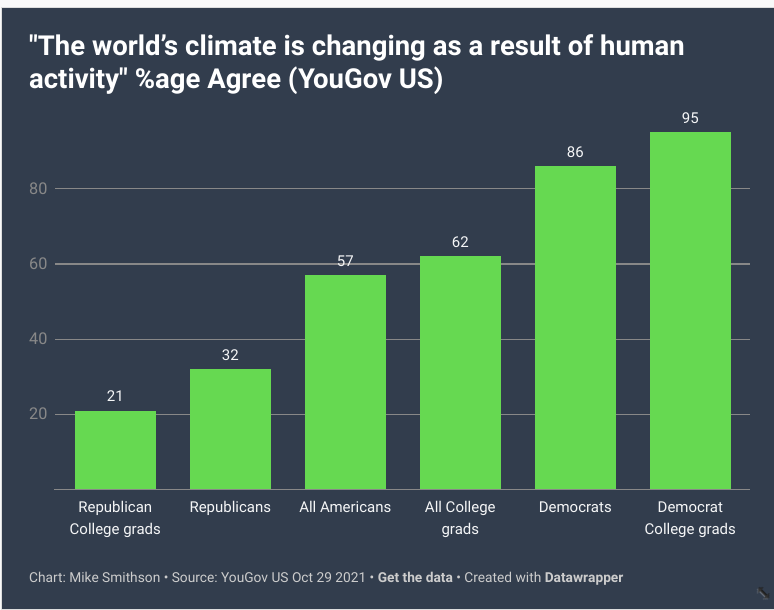 Climate change: The huge opinion gap in the US – politicalbetting.com

As the world’s focus moves to the Glasgow climate change conference YouGov US has published the above polling which I find quite shocking. The figures for college graduates show the huge gulf that exists with just 21% of Republican ones agreeing with the statement compared with 95% of Democrat college grads.