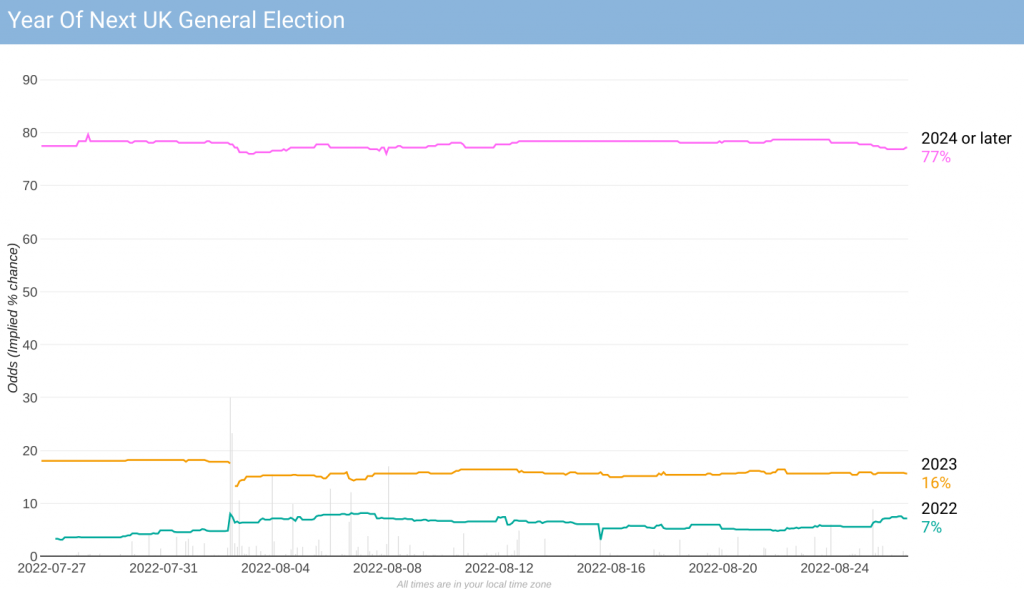 The timing of the next general election is not something that we have looked at very much on PB and the general assumption is that it will be 2024. I just wonder whether Liz Trust, assuming that it is her, might be tempted to go early if by any chance she gets a pulling boost when the result comes out the week after next.