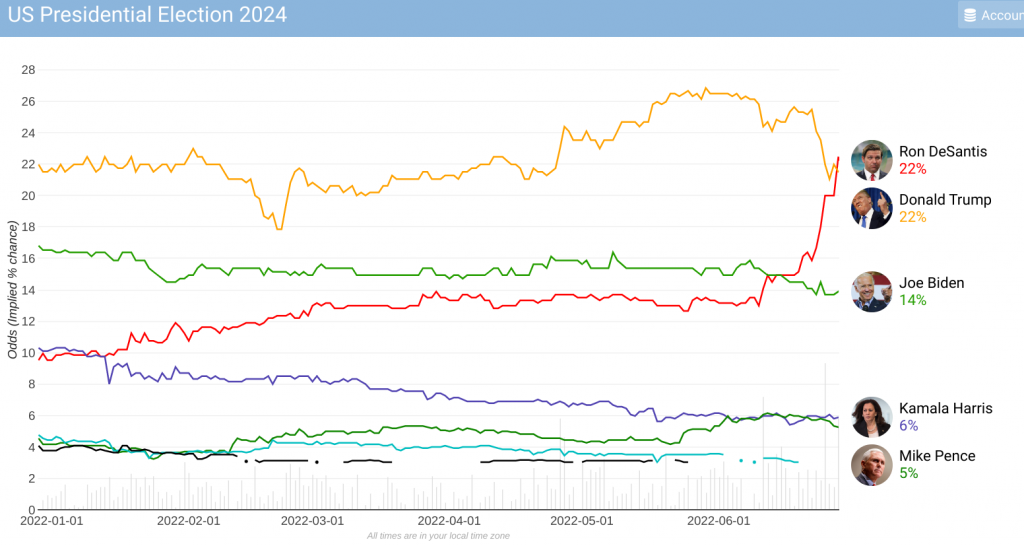 There has been a big move in the betting on who will win the 2024 White House race. The controversial Governor of Florida, Ron DeSantis, has now become the favourite pushing out Trump.