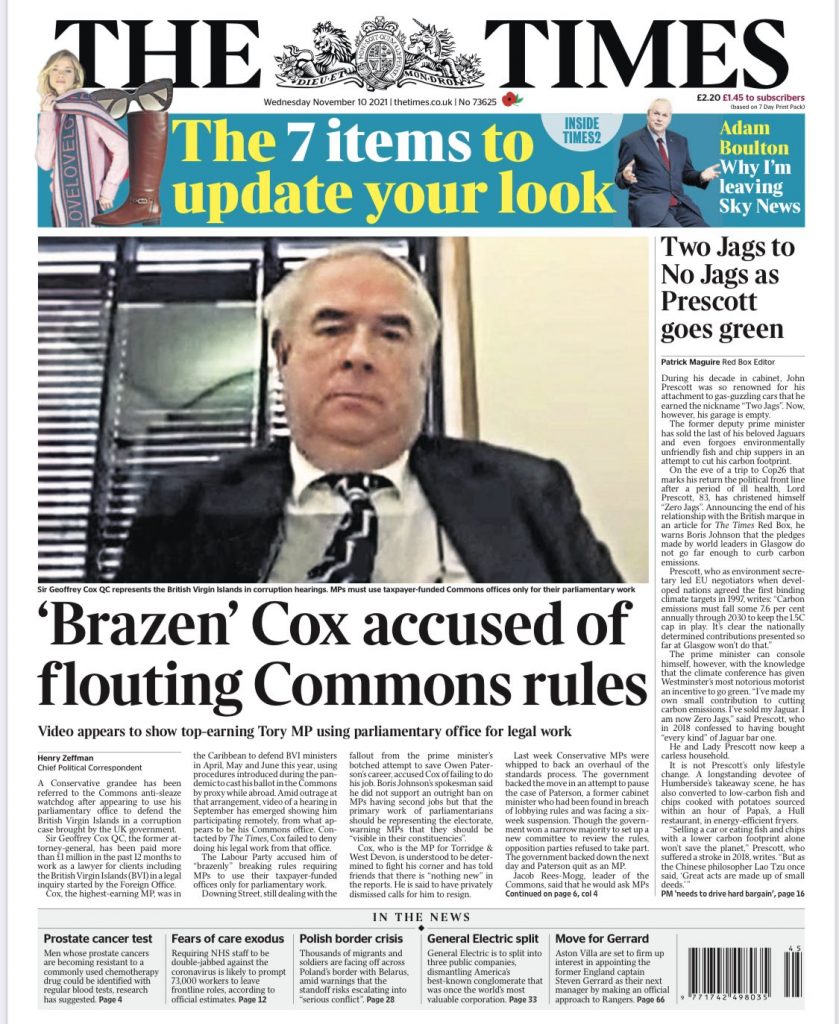 It is just a week since Owen Paterson had to step down but there no abating the media interest in what other Tory MPs are doing. As can be seen the Times is leading on the former Attorney General Geoffrey Cox and the Guardian is putting the focus on the former Tory leader, IDS.