The money goes on Trump mounting a WH2024 challenge – politicalbetting.com 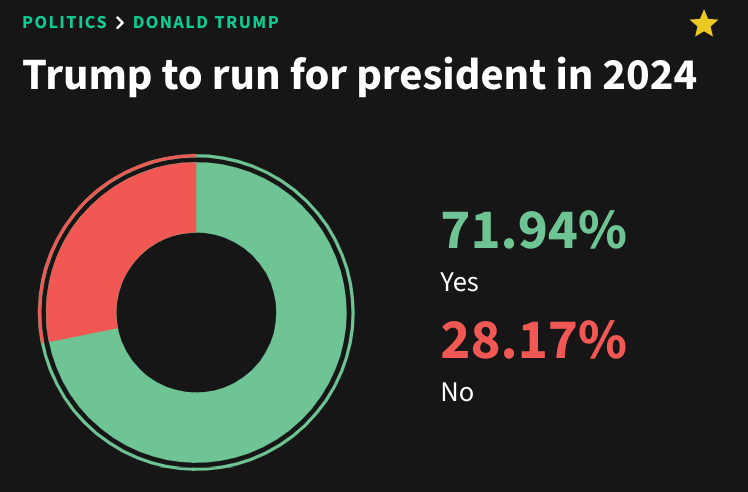 The money goes on Trump mounting a WH2024 challenge – politicalbetting.com

The odds on whether Trump will run in 2024 have now settled down as can be seen punters rate his chances at more than 71%. This is a good bet because of the way the market is defined: