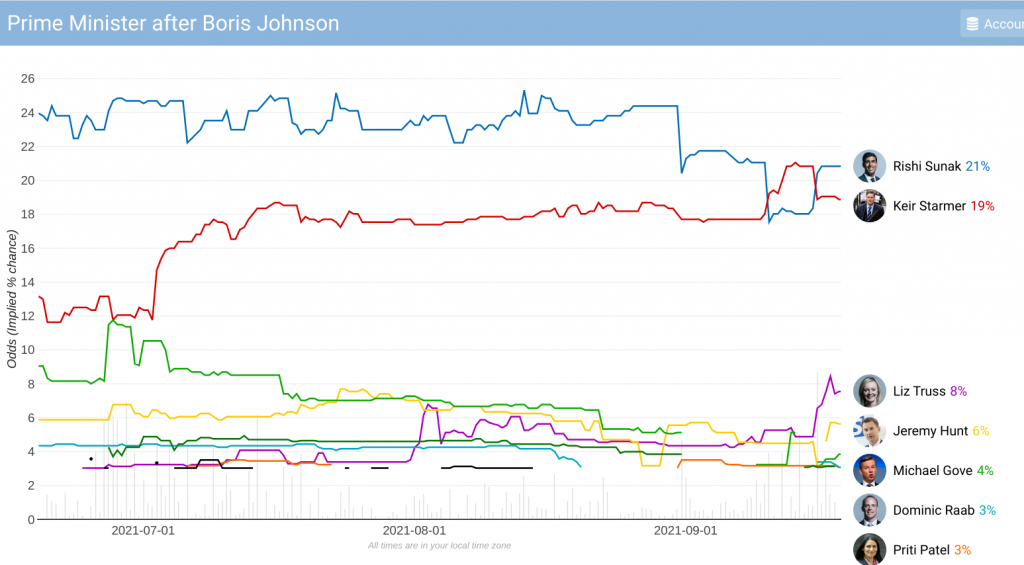 Having bet on Sunak for next PM in November 2019 at 250/1 Ladbrokes this is a market I follow closely and if it comes up my £20 wager will be my biggest ever political betting win. It will outdo the £4,300 I made on the LDs in the June Chesham & Amersham by-election.