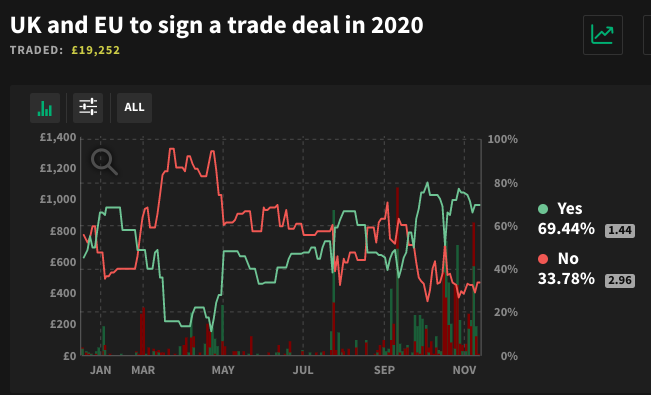 Moving on from Trump punters make it 69% chance that there will be UK-EU deal this year – politicalbetting.com

Above is the market from Smarkets, the betting exchange that unlike Betfair settled Biden bets at the weekend, on whether there’ll be a UK deal with the EU by the end of December.