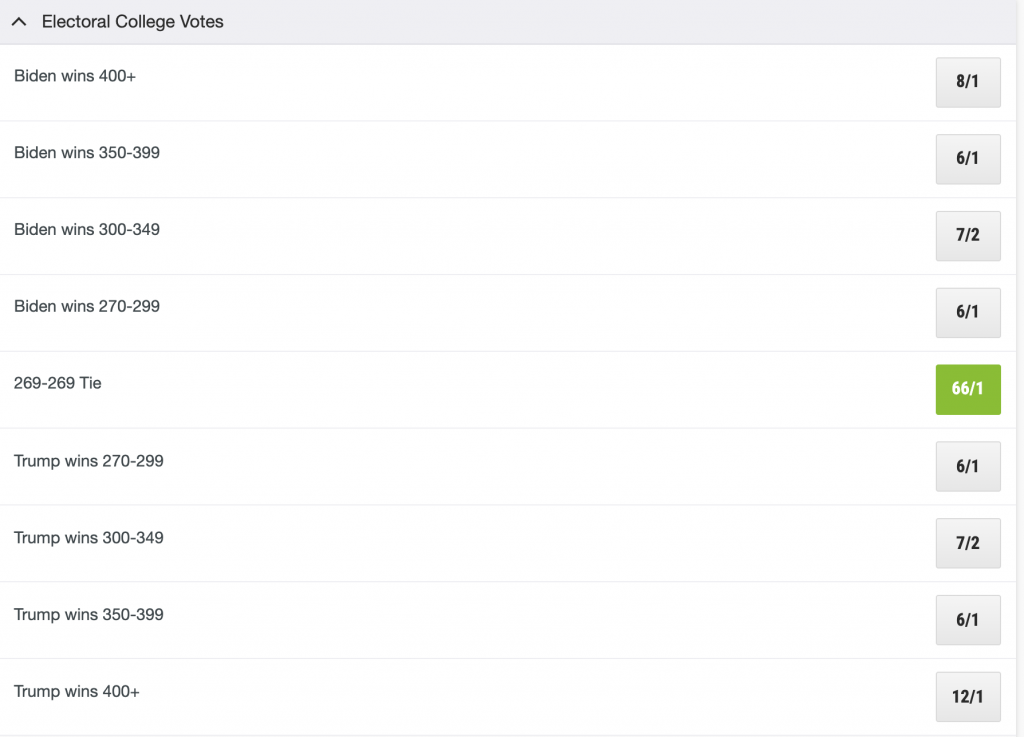 politicalbetting.com » Blog Archive » Ladbrokes are offering 66/1 on a 269 electoral college tie, should I take this bet?

Ladbrokes are offering 66/1 on there being an electoral college tie, by comparison Paddy Power are offering 33/1, I regard the Ladbrokes politics team led by Matthew Shaddick are the shrewdest political bookies out there, so this discrepancy caught my attention.