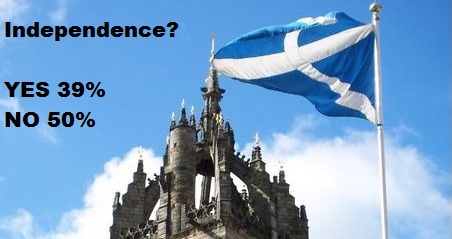 A new telephone poll of Scottish voters by Ipsos-MORI for the Times puts support for independence at 39% – which is just one point up on the firm’s last poll in December.