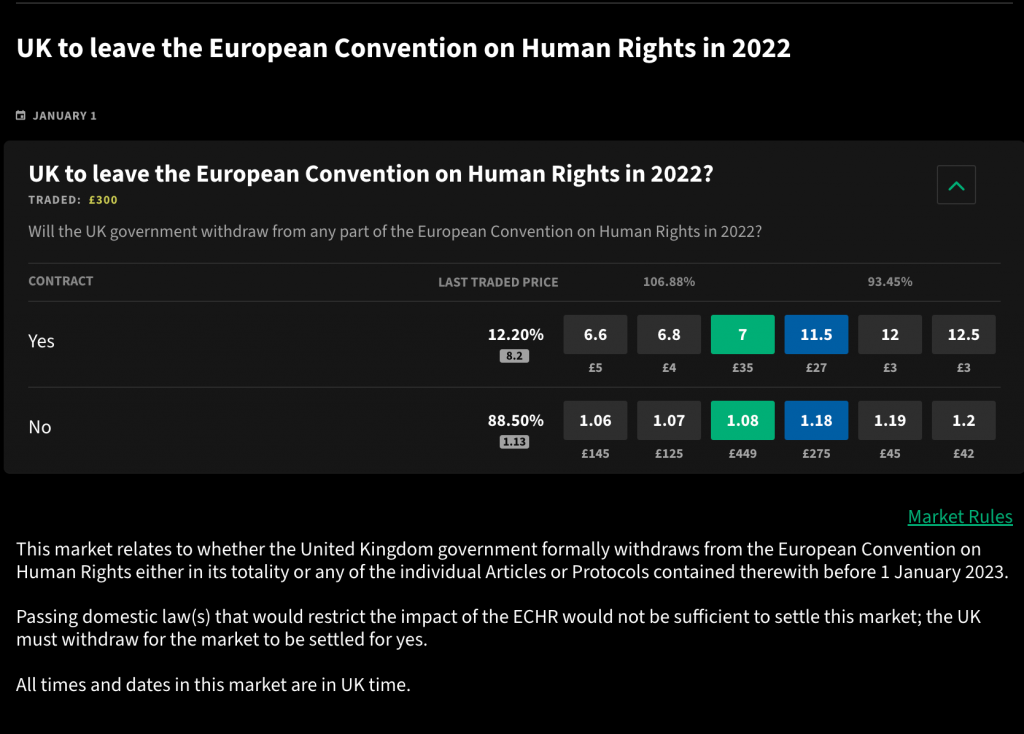 After the events of the last week it seemed inevitable that there would be a market on Le Royaume-Uni withdrawing from the European Convention on Human Rights and Smarkets have obliged. Sagacious observers like David Herdson have noted the Tory Party’s response to the recent ruling by the ECHR shows the Tory party have gone quite mad.