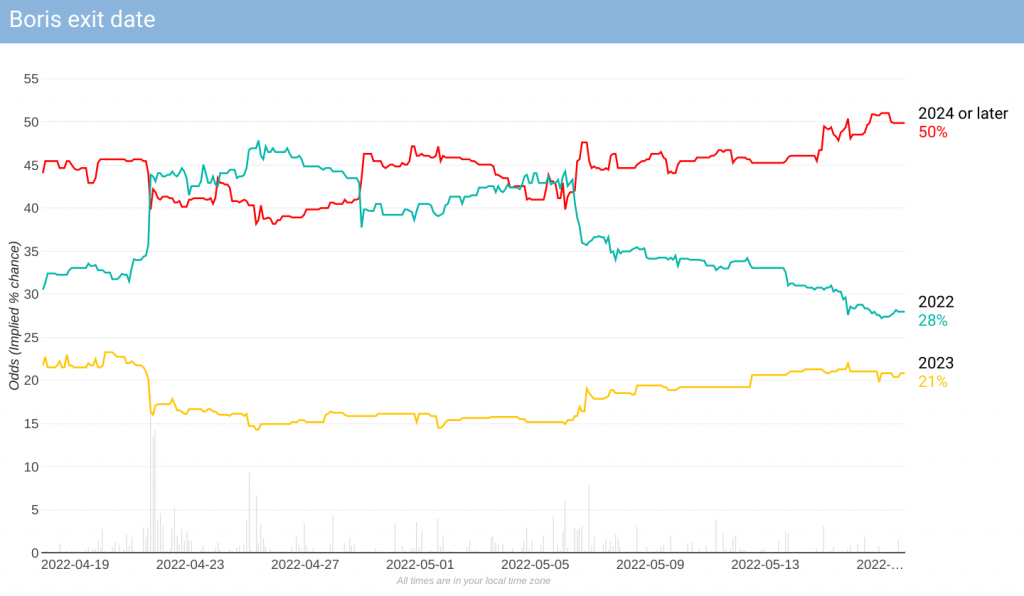 So far there has been no reaction on the Johnson exit date markets to the two by-elections that are due to take place on June 23rd. It is almost as if the likely Tory losses are factored in,