Punters give Biden just a 30% chance of being the WH2024 nominee – politicalbetting.com 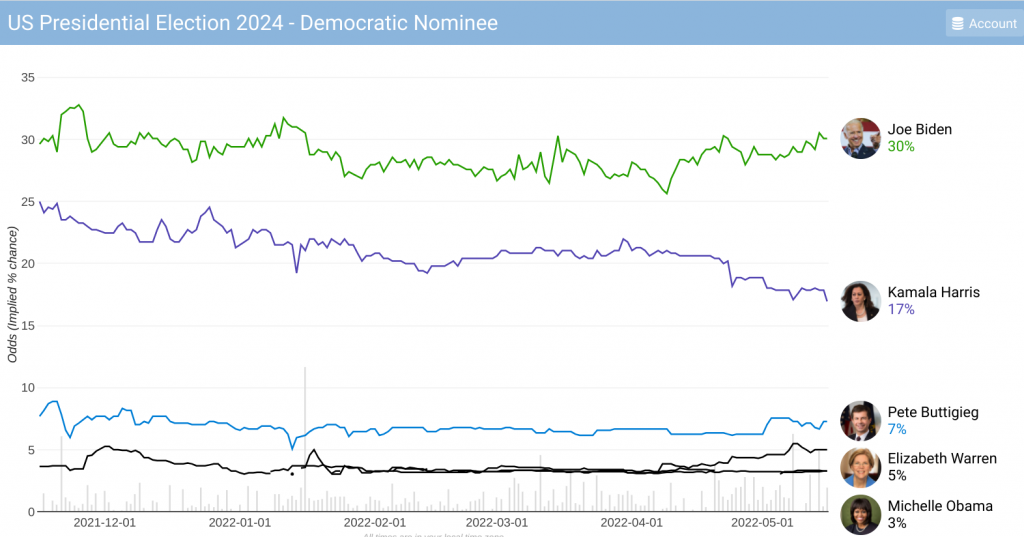 Punters give Biden just a 30% chance of being the WH2024 nominee – politicalbetting.com

Although it is less than 2 years since the last White House Race the betting markets on who will be the parties’ nominees and who will win in 2024 are very active. The big question is whether the incumbent, Joe Biden who will be 80 shortly after November’s midterms, is going to run again. A problem for him is that once has said that he is standing aside he becomes a lame duck.