It’s surely less than a 74% chance that the CON will win both? – politicalbetting.com 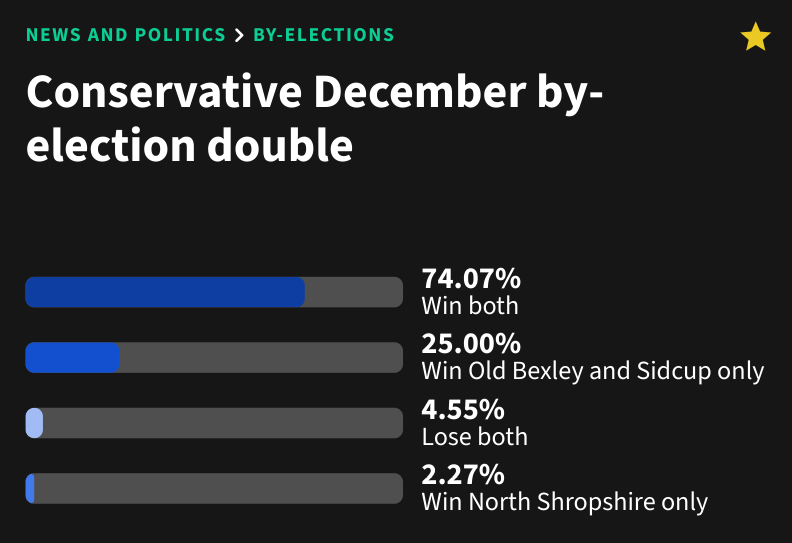 It’s surely less than a 74% chance that the CON will win both? – politicalbetting.com

One thing we learned about betting on recent by-elections is that punters overstate Tory chances. Heaven knows why I was allowed to bet several hundred pounds on the exchanges at an effective 20/1 that the LDs would win Chesham and Amersham. Some gamblers took a big hit there.