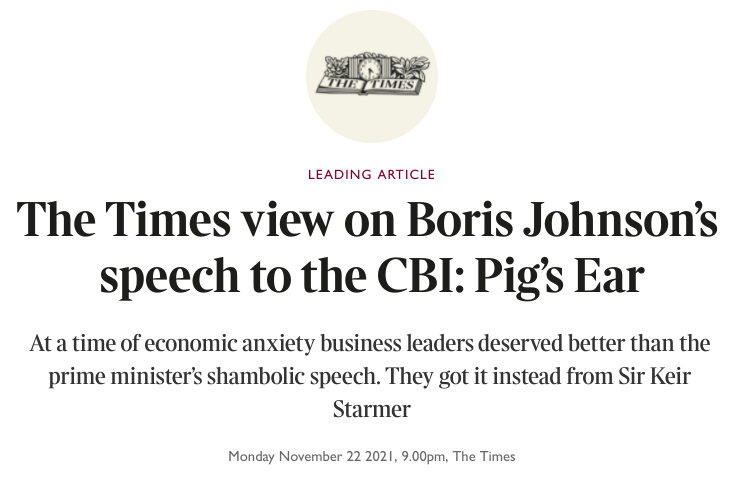 In its main leader the Times notes that at the CBI conference “Anxious business leaders deserved a serious speech for serious times.” It goes on: