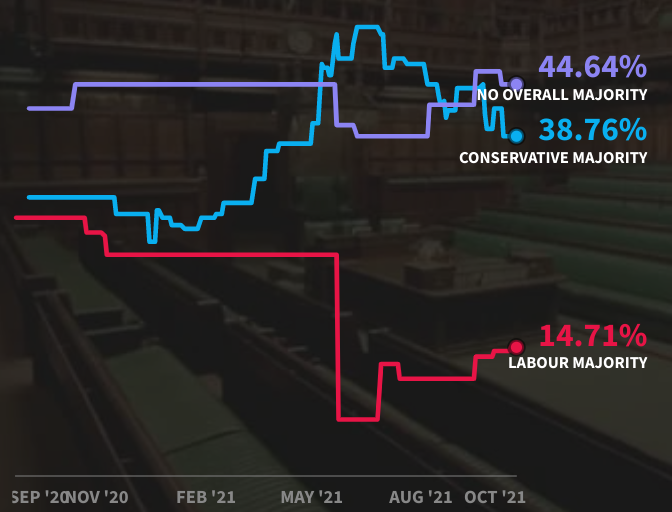 The above betting market is one we are going to see a lot more of in the next couple of years – what will be the outcome of the next UK general election.