Re: The leadership betting remains stable in spite of developments – politicalbetting.com

Done my bit for your 250-1 shot. Sadly, going to be a losing bet because ...God knows why. Truss is an order of magnitude poorer on every metric. 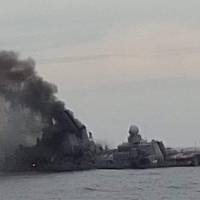 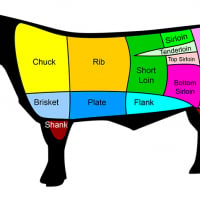 They will sell in 2023 to a tech company (or to a GIS player) for a sum in the low hundreds of millions of dollars. The VCs will wash their faces. The founders will walk away very wealthy, but nowhere near Demis level rich.

It will have been a moderate success, held back by the fact that while their tech is interesting, it is difficult to monetize well.

My excuse is that I was distracted by Covid and aliens, so I only heard about them yesterday, like a boomer twit

This is the bit that I don't understand - how the hell have you only just heard about it? I'm sure that I remember it being talked about on here about 3 years ago and these same arguments went back and forth. It's so ubiquitous it was used as a pretty integral plot point in The Undeclared War (Channel 4 Russian Cyber drama series) - so if it's being used in Channel 4 drama series it certainly isn't 'new' or 'up and coming' - which suggests that a fair number of people have looked at it, used it a few times and gone 'meh - useful occasionally' and moved on.

Personally I think that it has its place - and is a nice idea. (The glastonbury tent location is a good example) - but it could have been SOOO much more useful with a bit of thought which is a bit frustrating.

what3words I think works offline which is a good feature.

Yes, it's really pretty good for fixed locations.
I don't know why they're hyping mountain rescue at all.

I can see why. Because it is great marketing. On that I am sure the "W3W PB skeptics" are - unusually - right. For this app to work to its full - and enormous, world-changing potential - it needs to get into as many phones as fast as possible. It needs to blitzscale like Uber, it needs to become THE app that does this one brilliant thing, for everyone

How do you get people to download an app? Tell them it can literally save their life. So why not download it? It's free and takes 5 seconds. Once you've got it, then you realise that its potential uses are so much more interesting and varied than "saving an idiot in the Grampians"

Nonetheless, it does seem to save people

"Audrey Cura, 57, was out for a walk in Suffolk forest when her spooked dog Biscuit ran at her and instantly broke two bones in her leg - but thankfully she had what3words downloaded to help the ambulance pinpoint her exact location"

Substitution is your enemy here.

Google has a similar, clunky atm thing. When/if w3w really takes off and especially if they start charging to download the app, Google will rebrand their version, put it front and centre, bundle it, as it is already bundled with google services, and w3w will take a bath.

And also, as mentioned above, rebrand

It's notable that in all their interviews the main guys at W3W are very careful to say "we are not a rival to Google Maps, we work with them, and through them, we complement each other"

They are not there yet but with 30m downloads, up from 11m the year before, they're en route. At what point do they become unchallengable? 100m downloads? 400m?

I see they are driving into the Indian market

Shouldn't you be doing your nut over this new Chinese shrew virus instead of this boomer app obsession? 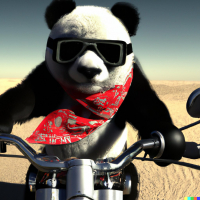 On other happier news I got asked permission today to consent to my daughter getting married.

Sadly he wasn't interested in a 3 for 1 deal on the others.

That is nice news, congratulations! Keep us updated on wedding prep. But I think I would probably mark down a future son or daughter in law who asked my permission to marry any of my kids - it's not mine to give!

Agreed (that it is not mine to give) but he has been really good for her and I am delighted.

So you didn’t prank him with an 800 page contract? 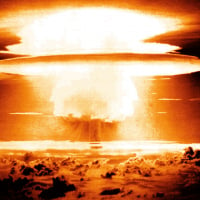 On other happier news I got asked permission today to consent to my daughter getting married.

Sadly he wasn't interested in a 3 for 1 deal on the others.

Why are people not fleeing the high tax Nordic states?

They are taxed so highly they cant afjord the air fare out.

The PB consensus on What 3 Words is that

WE SHOULD ALL GO BACK TO PAPER MAPS

No, the consensus is that you're as overexcitable as Rishi at a hustings. 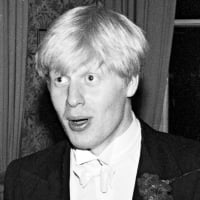 Political soothsaying has been a mug’s game for a long time now but I will, with absolute confidence, say this: the @trussliz years are going to be truly spectacular.

She will get on with th job like a house on fire.

Screams, flames, people running for safety and nothing left at the end. 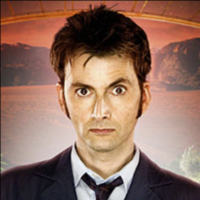 ydoethur
5
Previous Next
Powered by Vanilla