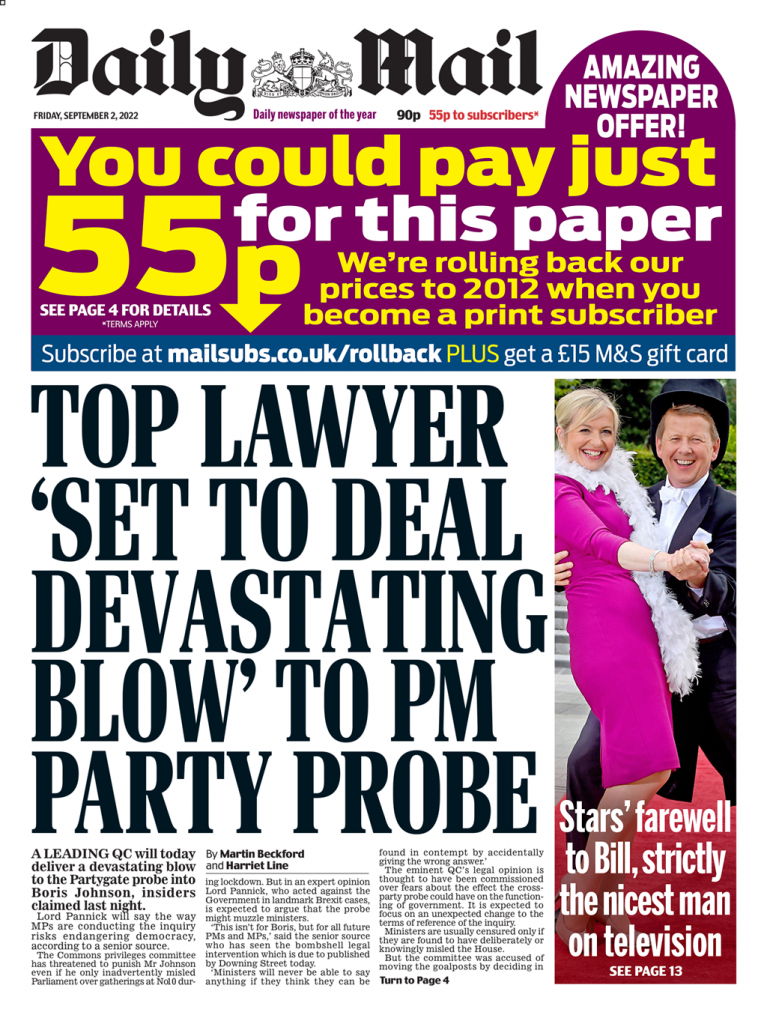 According to the Daily Mail, the Cabinet Office has commissioned some “devastating” legal advice from Lord Pannick QC that will stop the Commons’ Standards and Privileges Committee from investigating Boris Johnson over whether he misled the Commons over parties at No. 10. This advice is apparently going to be published later today.